Are you a beginner to manual testing looking for a comprehensive guide to making the foundation of your manual testing? If you are furious that how to learn testing then we help you. Nowadays many students are studying and doing jobs in the IT sector and its very competitive field to build your career as a rising sun.

Today, testing plays a critical role in software development and clearly, and given the speed of deployment testing needs to be fast too. However, a robust strategy cannot be dependent on only one testing format.

There are two types of testing available as Manual Testing and Automation Testing that we can use. However, there is still a list of more than 100+ types of testing, but all testing types are not used in all types of projects.

Manual testing is an activity where the tester needs to be very patient, creative & open-minded. All the new application before the automated testing must be tested manually. It requires more efforts, but it is necessary to check automation feasibility. Manual Testing does not require knowledge of any testing tool.

In order to help you, we have compiled an article where you will learn the basic skills and concepts of Software Testing. But before you start to learn about the software testing you should have the basic knowledge of “What is the Manual Testing?”

What is Manual Testing? Manual Testing is a type of Software Testing where Testers manually execute test cases without using any automation tools. We can say that is the process of manually testing software for defects. It is a testing process that is carried out manually in order to find defects without the usage of tools or automation scripting. One of the Software Testing Fundamental is “100% Automation is not possible”.

A test plan document is prepared that acts as a guide to the testing process in order to have the complete test coverage. Manual Testing is a type of Software Testing where Testers manually execute test cases without using any automation tools. Manual Testing is the most primitive of all testing types and helps find bugs in the software system.

The main goal of manual testing is to make sure that the application under test is defect free and the software application is working as per the requirement specification document.

Tool: Though manual testing does not require any automation scripts, there are lots of special tools that help to perform testing the best way: Jira, qTest, TestRail, QACoverage, EasyQA

What are Techniques or Types for Testing?

Following are the testing techniques that are performed manually during the test life cycle: 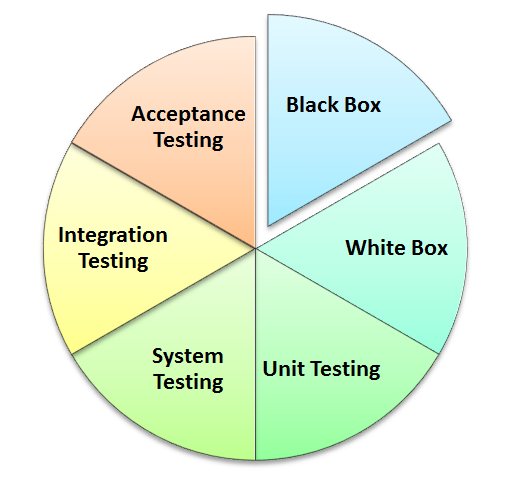 How to perform Manual Testing

The Importance of Manual Testing:-

Manual testing is the oldest and most rigorous type of software testing. Manual testing requires a tester to perform manual test operations on the test software without the help of Test automation

South China University of Technology School of International Education is pleased to offer the Chinese Government Scholarship for Chinese University Program and the Silk Road Program. The scholarships are open to all international students who are non-Chinese national and be in good health.

In order to increase the cooperation and understanding between the people of China and other countries, develop outstanding international talent, SCUT will provide about 70 full scholarships for full-time postgraduate studies under the Chinese government scholarship program.

Provided By: South China University of Technology (SCUT) is one of China’s leading universities. It operates under the direct leadership of the State Ministry of Education.

To be eligible to apply, applicants must:

To participate, there are three ways to apply for the scholarship as:

Step 3: Following <The Checklist of the SCUT Chinese Government Scholarship Application Material> to prepare your application material. Then please deliver your paper document to the Admissions Office of School of International Education, SCUT.

Language requirements for English-Medium Programs (only for non-English speaking countries):

Applications from English speaking countries: A letter of English as a medium of instruction issued by graduated universities or education institutes

(1) Exempt from registration fee, tuition, and fee for accommodation;

Welcome to apply for the scholarship and learn more about Dream Go!!! Dream Go, Inc. is pleased to announce the Dream Go Scholarship. They play a pivotal role in shaping the academic “dreams” of the students. The program is open to international students who have a GPA of 3.0 or higher.

Provided By: Dream Go, Inc is a multifaceted International-Student Oriented Educational Consulting Company based in New York City. The company’s sole dedication is to commit quality educational services with respect to college and university applications and to its adaptive functions.

The following criteria will be taken into account when considering all applications:

To enter, you must submit a complete scholarship application via email to scholarship@dreamgo.com. Incomplete applications or those that contain excessive grammatical errors will not be considered.

The Yaasa is pleased to offer its Yaasa Scholarships. They are committed to continuing their efforts at helping those who have the desire to pursue their dreams and the ambition to succeed. The scholarships are available to all high school juniors and seniors as well as all students currently registered in any accredited post-secondary institution.

To be eligible to apply, applicants must:

All high school juniors and seniors as well as all students currently registered in any accredited post-secondary institution.

To apply for this scholarship, you will need to write an essay on the topic below. The essay should be between 500 and 1000 words. Your submissions must be sent to us by email at scholarships@yaasa.com.

Topic: Describe your educational career and life goals. Explain your plan for achieving these goals. Include your degree/major, why you selected it, and how this degree/major will help you achieve your goals.